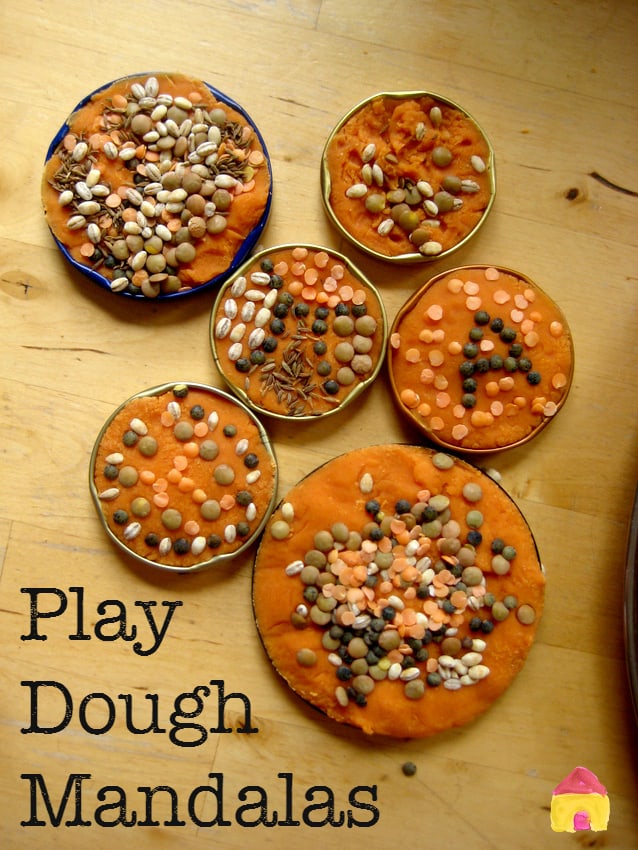 It’s quiet and gentle and sensory and mindful.

My 5-year-old has been ill this week and play dough has come to our rescue. She’s been low on energy but still interested in playing something. She’s also almost lost her voice {the house has never been so quiet} so chatting play was out.

This idea for making Play Dough Mandalas came about by a browse through the kitchen cupboards. What did we happen to have that might be interesting and gentle and still stimulating for a poorly girl?

Here’s what we came up with.

On offer we had:

:: a selection of added extras including pearl barley 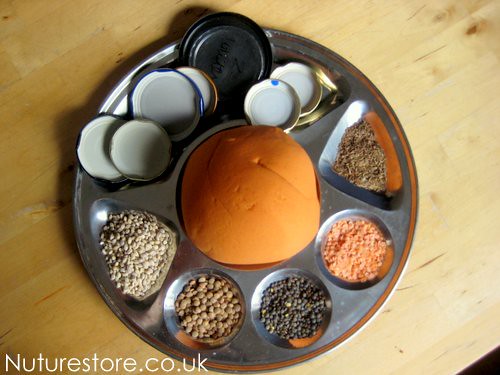 The colours and textures and scents of the pulses and spices bring lots of sensory elements to the play.

Pouring lentils through your fingers feels so soothing, and there are also tiny details to notice as you look more closely at the different shapes and patterns on the variety you have. 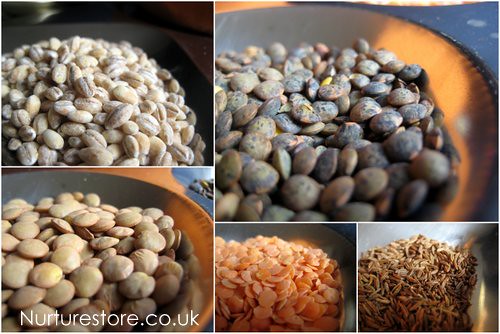 L remembered how we’d used pulses to make Rangoli patterns for Diwali so we decided to see how this would work with play dough.

A mandala is a circle, an image often used for spiritual purposes and I could see how this quiet, sensory play captured L’s interest. 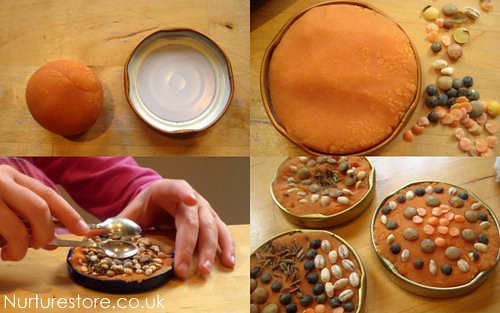 To make the rangoli mandalas she took a blob of play dough and pushed it into a bottle top.

Then she chose her decorations and gently squashed them into the play dough to fix her design in place. 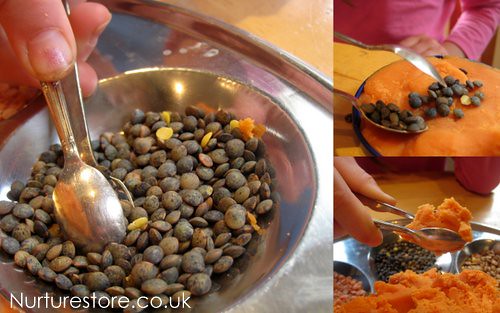 The addition of some fancy sugar tongs was popular. These were some we found in a charity shop but small spoons would be a great alternative to use to give the same opportunity to work on those fine motor skills and co-ordination.

L enjoyed scooping the play dough, spooning the lentils and pressed into the dough with her tongs. 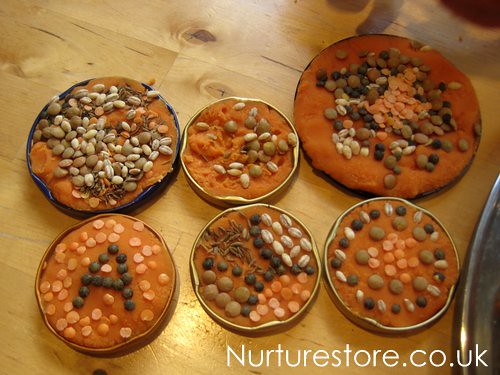 She came up with a variety of designs for her play dough mandalas.

Some with repeating patterns, some collage, some letters.

We’re going to see what happens if we let the mandalas dry out – maybe with a layer of watered down PVA glue on the top to help hold the designs in place. 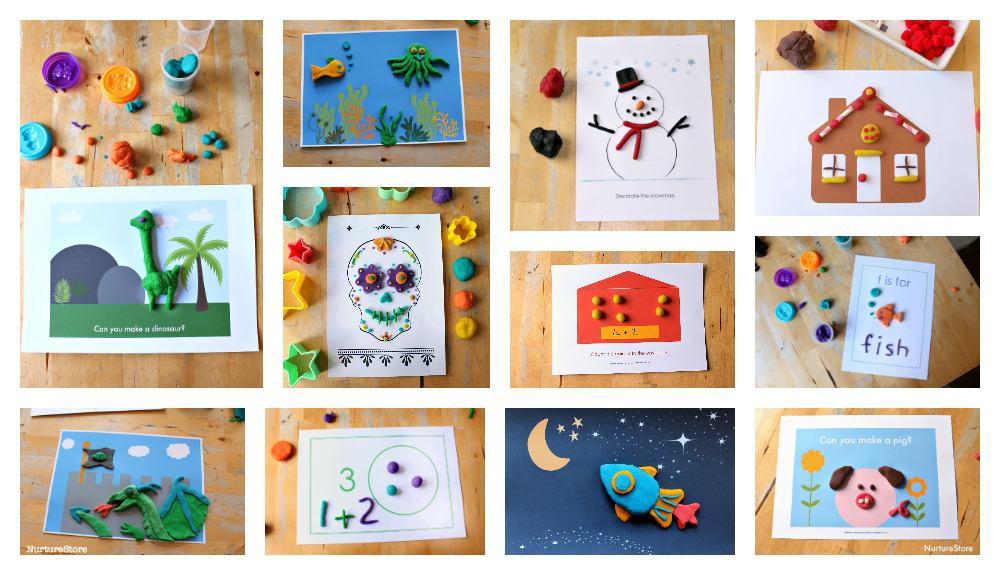