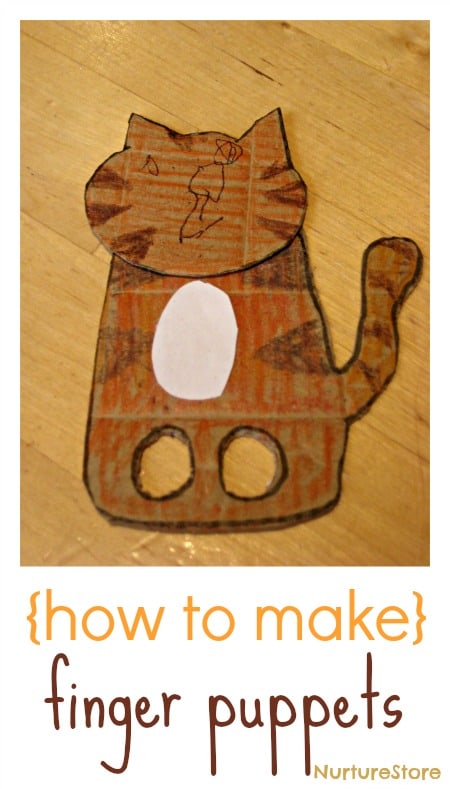 Following on from the Chinese New Year ideas in the last post, we made a tiger finger puppets today. And we had so much fun making them that my daughter said ‘Can we make a thousand?’  Hope you like them too. 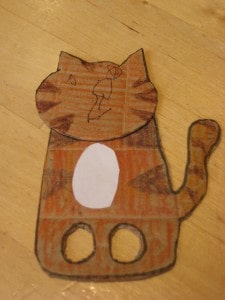 You will need: some card*, orange and brown crayons, a sheet of white paper, scissors, a craft knife, a glue stick, a black ballpoint pen

*The card needs to be thick enough so the finished tiger doesn’t flop over when you put your fingers in the holes.

Start off by drawing a tiger body and head shape onto your card. Include 2 circles (as shown in the picture) which will be the finger holes. 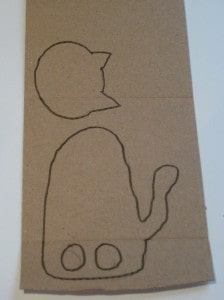 Cut the shapes out. I used the scissors to cut the outline, but needed the craft knife for the finger holes. 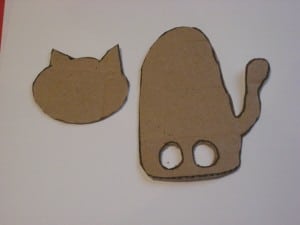 Then get colouring. My daughter selected all the orange and brown crayons from our box (good sorting practice!) and then chose her favourite shades to colour her tiger. Don’t forget to add some brown stripes, especially along the tail. 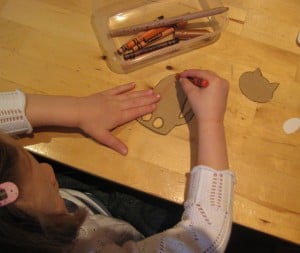 We cut out an oval from the white paper to go on the tiger’s tummy. As we used wax crayons we found a black ballpoint pen worked best to make the face. My daughter said at first that drawing the face was too hard, but with a bit of encouragement to have a try I think you’ll agree she did a great job.

Check the finger holes are the right size for your child – you can enlarge them with the craft knife if you need too. Then all tiger needs is a name and he’s ready to play. 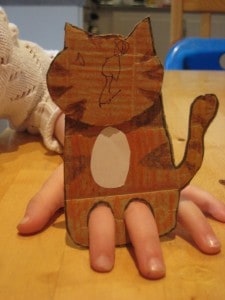