Home » Math » Easy greater than less than lesson with printables

Here’s a fun and easy greater than, less than lesson with printables that you can use to teach how to compare numbers, estimate, and reinforce place value understanding. 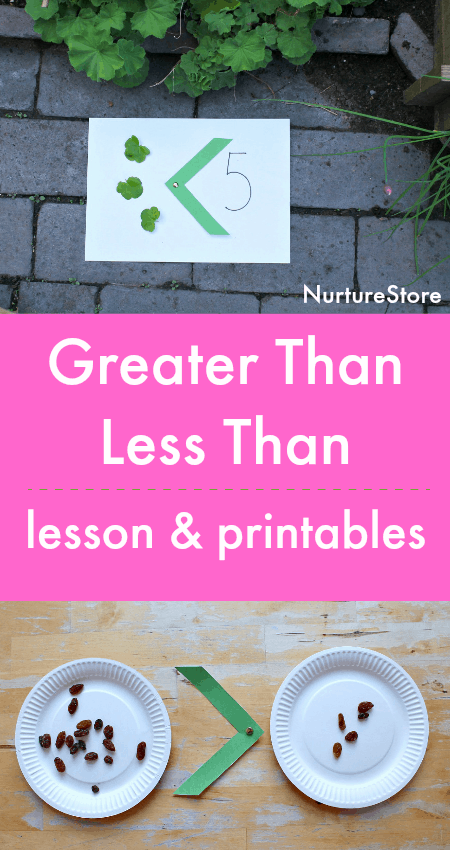 Easy greater than less than lesson with printables

Through this hands-on math activity for greater than, less than, children will learn:

:: to recognise, understand, and use the > symbol

:: to work alone or in pairs

:: some children may also work with subitizing, estimating, tallies or higher value amounts 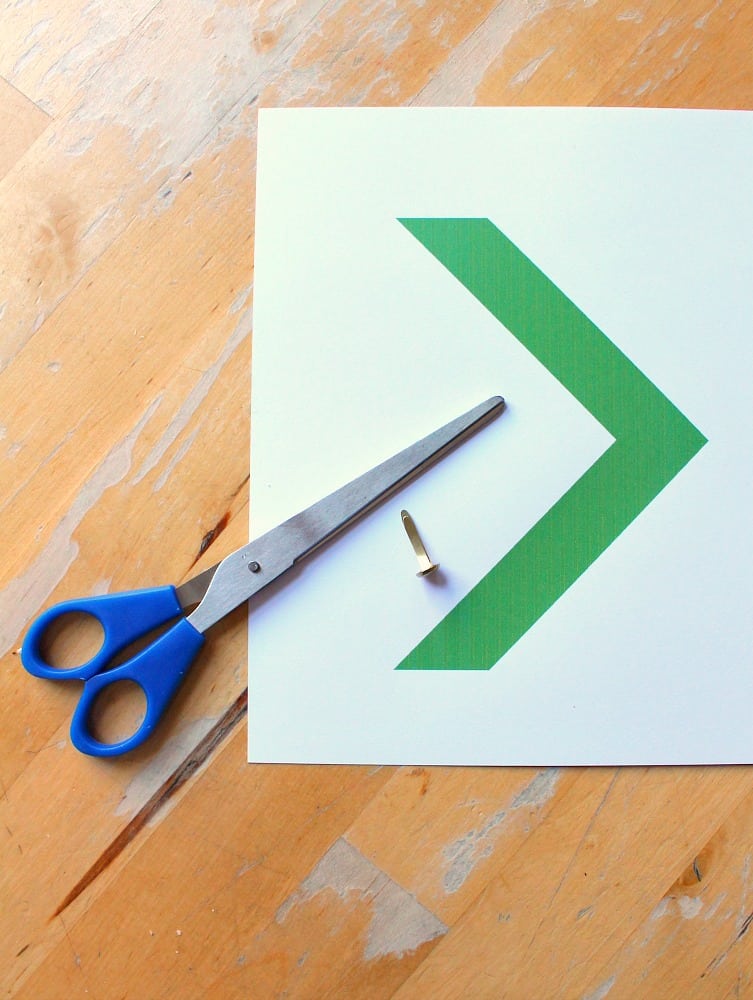 How to use this printable

Print the greater than / less than sheet (see below) on card.

Cut out the > symbol.

You can laminate the > for greater durability if you like.

You might like to laminate the base card so you can then write on it with wipeable pens. Your children will then be able to write on the base card, wipe off their answers, and use the same base card again and again.

The spinner is easy to put together and gives children practice at following step-by-step instructions and using scissors.

You can give each child, or pair of children, their own spinner to use, so the lesson is hands-on and they get plenty of practice. You’ll also be able to easily see who has understood the concept, and who needs more guidance. 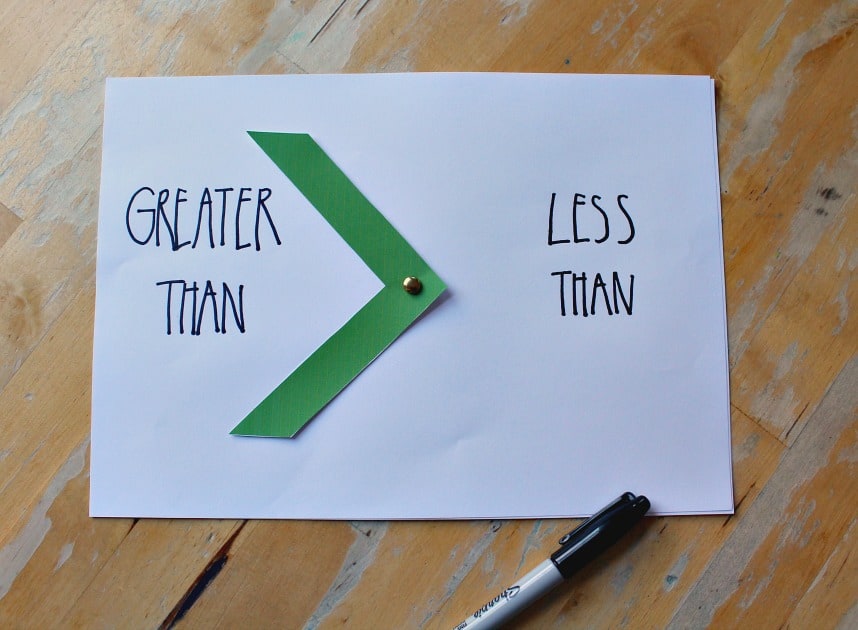 Greater than / less than lesson ideas

In this activity your children will be comparing numbers and amounts.

Greater than which means bigger or more.

Less than which means smaller or not as much.

Equal which means exactly the same.

Introduce your children to the idea that a symbol is something we use to represent or stand for something else.

We use > to mean greater than, and < to mean less than.

Writing 2 > 1 is quicker than writing two is greater than one.

Which way round does the greater than sign go?

Tell your children to think of the < symbol as a crocodile’s mouth, with its jaws open wide. The crocodile is very hungry and always wants to eat the biggest thing it can find! Its open jaws always point towards the biggest amount. 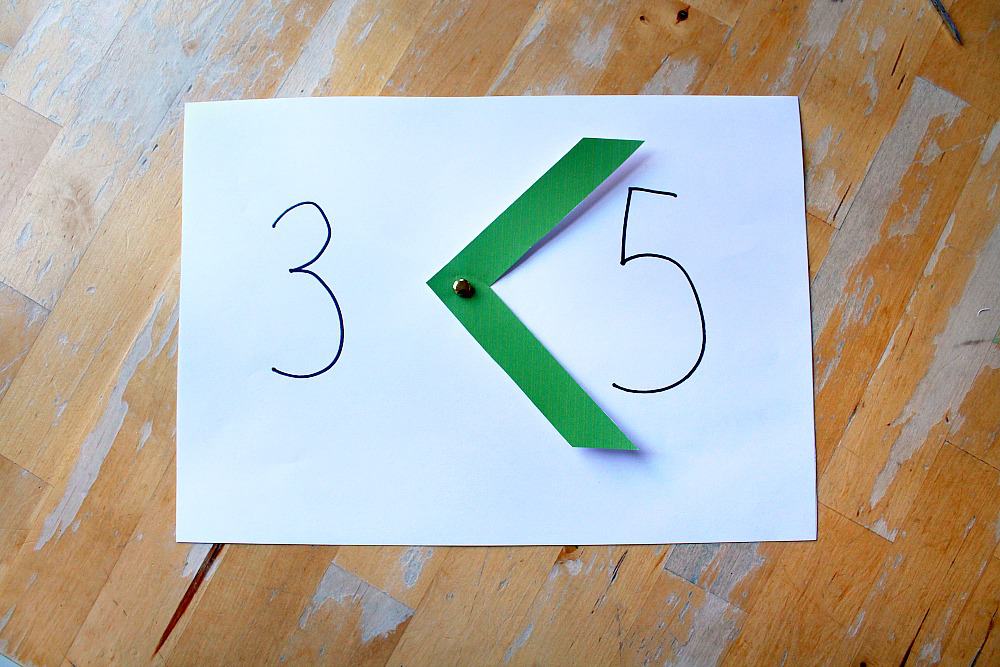 Using your greater than  / less than spinner

Let’s use our spinner to practice using the greater than / less than symbol.

Alongside the spinner you will need things to compare in value.

Younger children benefit from seeing real amounts so you might use loose parts such as buttons, blocks or counters.

Older children who are confident at recognising digits and understanding place value can use number cards (such as our fish number cards or flower number cards).

Other children might be confident to write numbers themselves. You can use a wipeable pen on the laminated base card to they can gets lots of practice.

Show your children a few examples. Place a number on either side of the spinner and align the symbol the correct way round to show which value is greater than or less than.

Say the math sentence out loud, for example: three buttons is greater than two buttons. 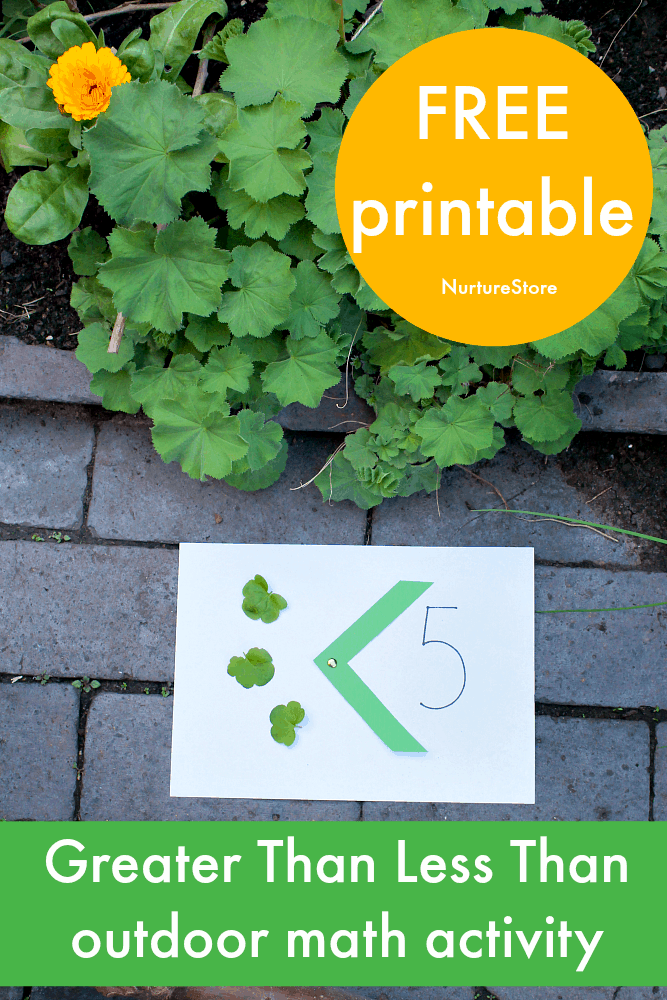 Time to practice greater than less than activities

Children can work alone or in pairs.

You can place two amounts either side of the spinner and ask your child to put the symbol the right way round.

You can place one amount at one side of the spinner, set the symbol one way round, and ask your child to pick an amount that make the sentence correct. 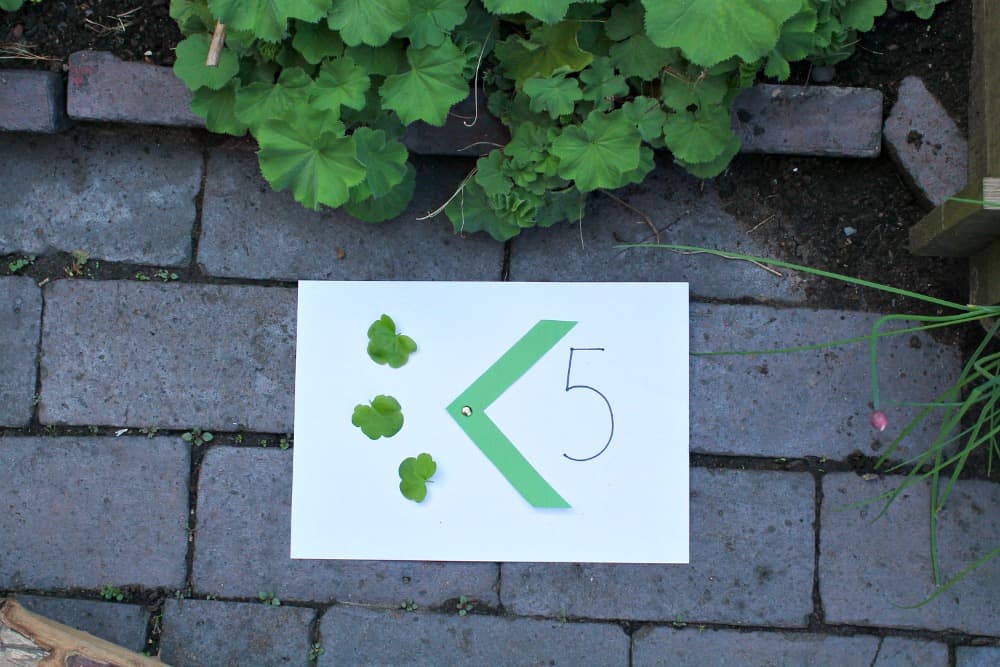 Greater than less than extension activities

:: Take your learning outdoors! Gather leaves and twigs and compare the amounts.

:: You can use tally marks instead of loose parts or digits.

:: Use my dot cards printable in place of numbers to include subitizing practice.

:: Some children might use numbers over a hundred in their sentences.

:: Estimate values before counting. Pick a handful of buttons for each side: can they estimate which way round the spinner needs to go, before they count accurately?

:: Use two or more spinners in one sentence. For example set out:

Which number could replace the ? 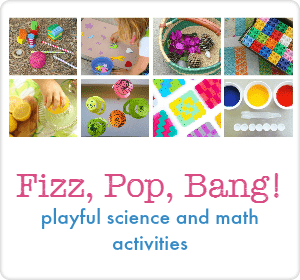 Use the other hands-on math activities in NurtureStore’s archive.

:: our number bonds to ten game

Download your copy of ABCs and 123s for multisensory, play-based letter and math activities.

How to get our free printables

To download my free printables, you'll need to visit the NurtureStore Printables Library, which is available to all subscribers to my email list, and of course to Play Academy members.

Pop your email address in the form below and you’ll get access to all my free printables, lesson plans, activity ideas, weekly newsletter, and a whole lot more!

After subscribing, be sure to check for the confirmation email. After you confirm your email subscription, we'll send you a welcome email which includes instructions for downloading our free printables.

If you're already subscribed to our email newsletter: check your email for the latest edition of the newsletter where you’ll find a link to access our free printables library - the link is usually at the bottom of the email.

* By subscribing, you consent to our use of your personal data as per our Privacy Policy, which includes agreeing to receiving interest-based email from us.