Let’s use gummy bears for a sweet science experiment and learn how osmosis works. 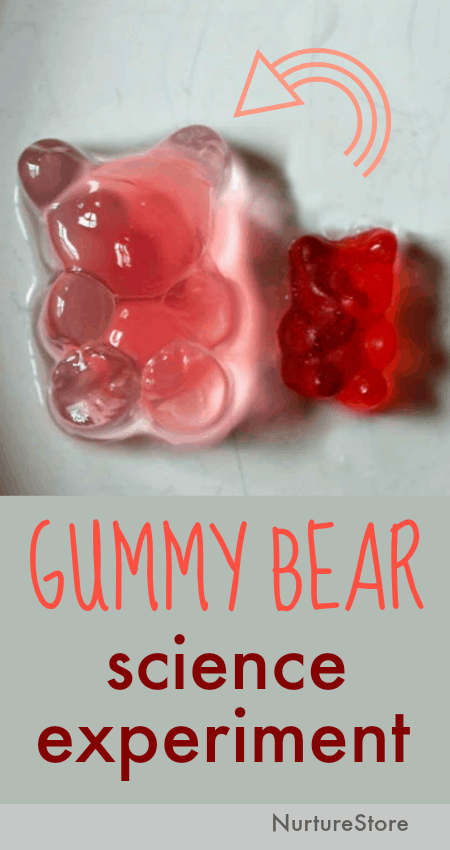 :: introduces children to the scientific method

:: invites them to make predictions

:: asks them to observe and record results

:: invites them to generate a hypothesis

:: encourages them to ask questions and develop their experiment

:: demonstrates the process of osmosis

You might like to eat a gummy bear or two before you start your experiment, but don’t eat any of the ones you experiment with because, in addition to collecting water, they might also collect bacteria. Ew! 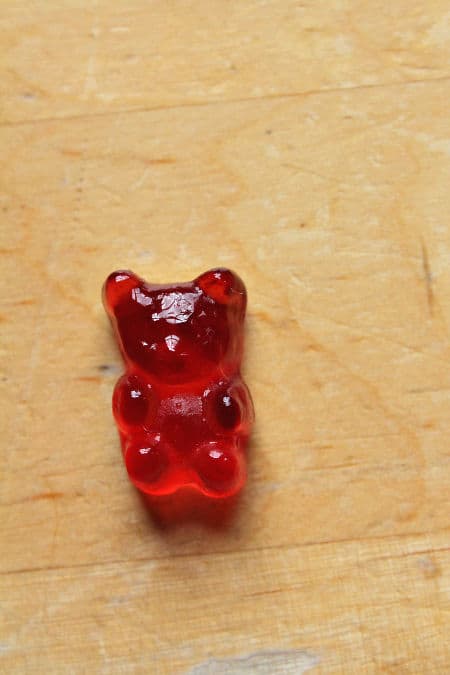 Select one or two gummy bears to act a your control. Measure them with a ruler and record how big they are. Then sit them on a plate and don’t do anything else to them.

The control in a science experiment is very useful. It’s a sample of the materials you are using that you don’t experiment on. You don’t add anything extra to them or try to change them in any way. 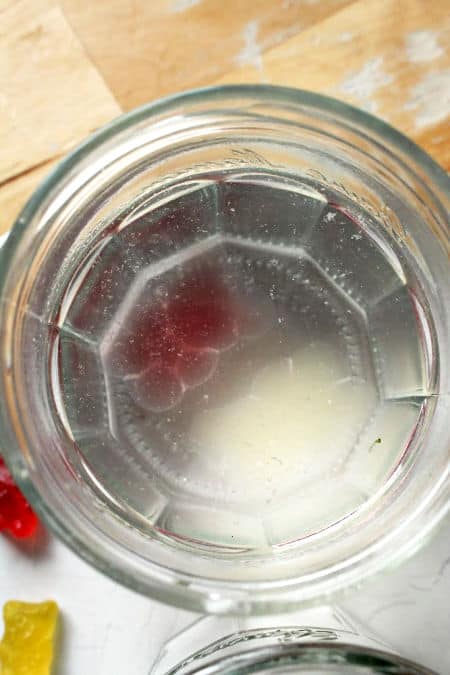 Place one or two other gummy bears in a glass of water.

Observe the gummy bears over time and note down on your paper what happens to them.

You might like to set a stopwatch to intervals of time and note down the appearance of the gummy bears after 1, 5, ten, twenty, forty and sixty minutes. Then after two and four hours.

You can carefully, using a spoon, take the gummy bears out of the water at each time interval. Measure them with a ruler and record their size on your paper, and then carefully place them back in the water. 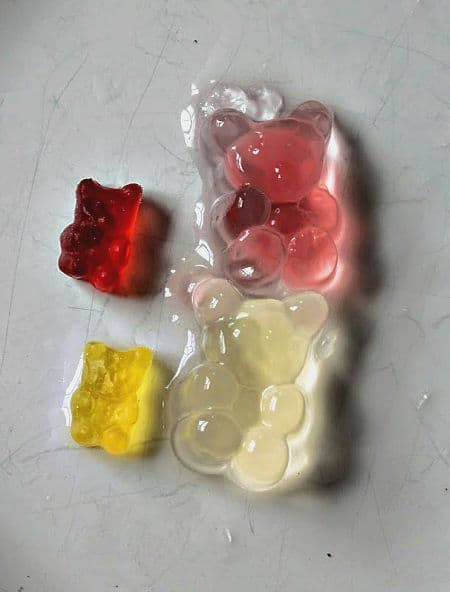 After you have left your gummy bears in the water for the time you have decided on, carefully take them out of the water using a spoon and set them beside the gummy bears you have used as your control (the ones that weren’t placed in water).

What do you notice about their appearance? How have the gummy bears that were in the water changed? Have the control gummy bears changed? 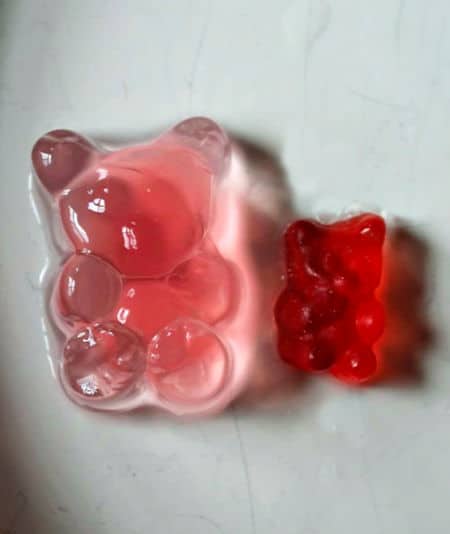 :: change the length of time they are in the water

:: change the temperature of the water

:: try a liquid other than water, such as salt-water, sugar-water, vinegar, milk or oil

:: try a different kind of candy

:: weigh the gummy bears as well as measuring their length

:: experiment to see if the gummy bears shrink in size after they have been taken out of the water

The science behind the experiment

Why do the gummy bears grow in size? It’s because of osmosis.

There are more water molecules in the water in the jar than there are in the gummy bear.

The gummy bear is made of gelatin, which acts like a sponge, so rather than dissolving in the water, the gummy bear grows in size. 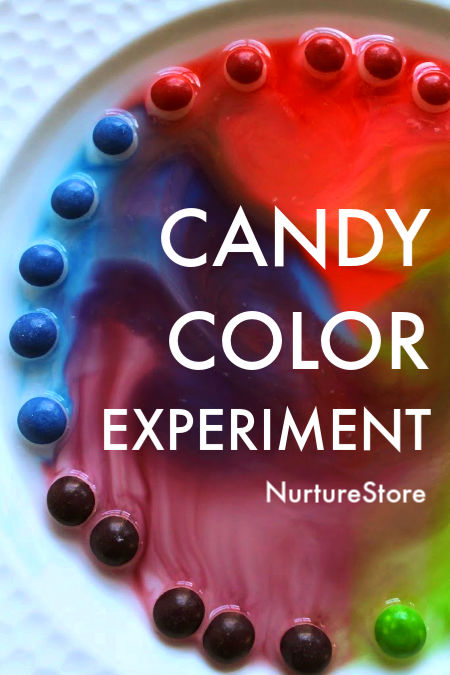 Set up a candy science lab and try out all these sweet science experiments:

:: how to make candy paint