Here’s a collection of books about the Day of the Dead and Mexico that will introduce your children to the festival and Mexican culture. They are a great compliment to our Day of the Dead Unit lesson plans and activities. 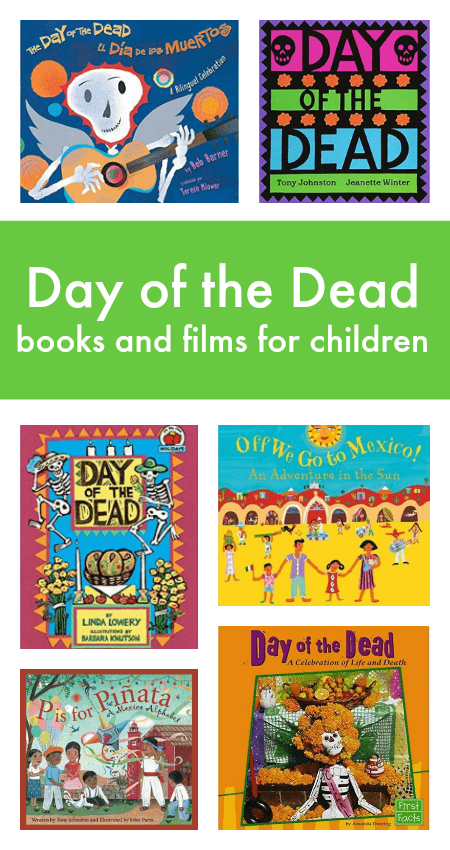 Day of the Dead books and films list for children 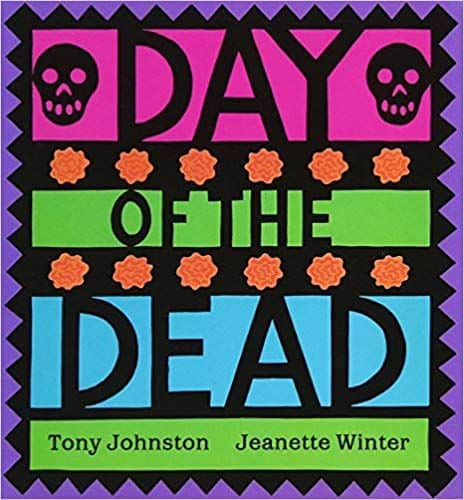 Day of the Dead by Tony Johnston and Jeanette Winter is a bold and colourful story of a family preparing to celebrate the festival. Includes factual information about the Day of the Dead at the back of the book. 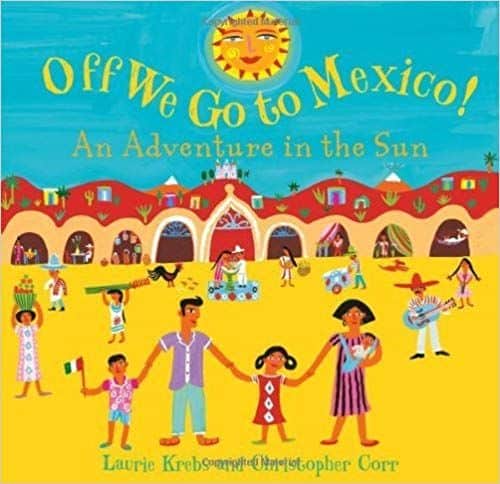 Off We Go to Mexico by Laurie Krebs takes you on holiday to Mexico and includes lots of Spanish words you can learn. 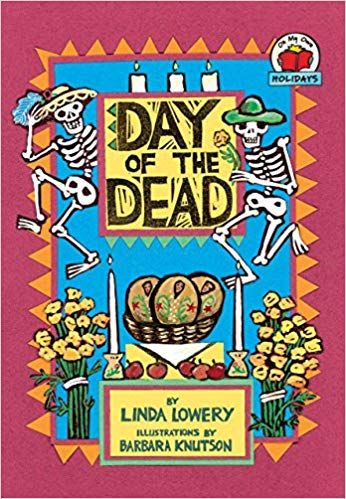 Day of the Dead by Linda Lowery and Barbara Knutson, full of details about how the festival is celebrated in Mexico. 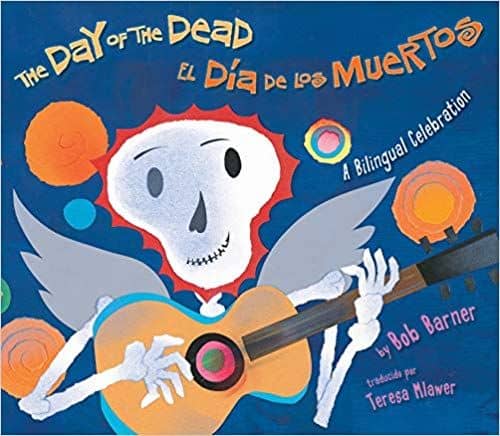 The Day of the Dead, El Dia de los Muertos by Rob Barner and Theresa Mlauer is a simple bilingual introduction to the festival. 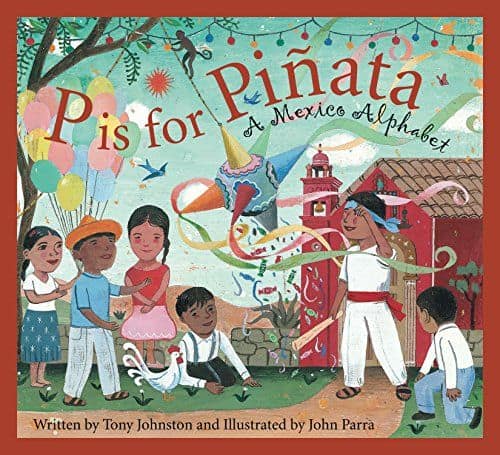 P is for Pinata by Tony Johnston and John Parra is a delightfully illustrated A-Z od Mexican life and culture. 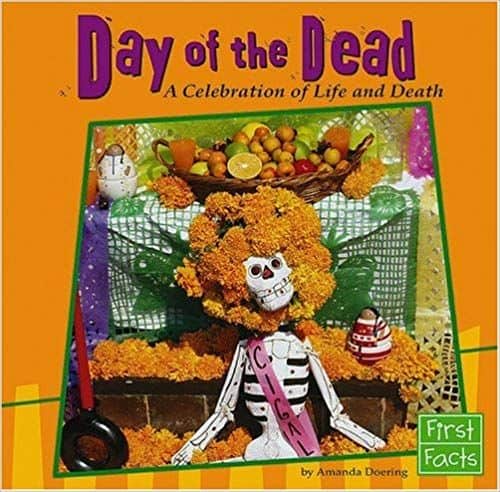 Day of the Dead: a celebration of life and death by Amanda Doering Tourville is a First Facts introduction to the festival. 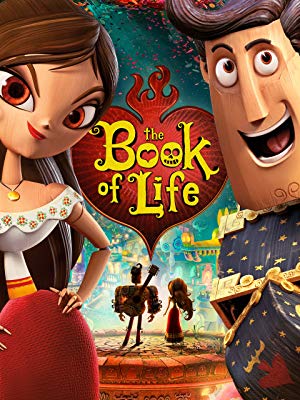 The Book of Life produced by Reel FX Creative Studios and distributed by 20th Century Fox. The story follows a bullfighter who, on the Day of the Dead, embarks on an afterlife adventure to fulfil the expectations of his family and friends. See the Common Sense Media review here.

Dia de los Muertos by Ashley Graham, Kate Reynolds and Lindsey St. Pierre at Film School Shorts won Gold Medal at the 2013 Student Academy Award for Best Animated Short. “On the Day of the Dead in a small village, bright balloons fly and firecrackers pop. Unfortunately for one little girl, there is only sadness at her recently deceased mother’s grave. But as she wipes away tears, she is suddenly dragged to the land of the dead! Surrounded by partying skeletons and papel picado, she learns that Dìa de los Muertos is not about fear, but about celebrating the end, which in many ways is just the beginning.” The film beautifully shares the sadness of bereavement and the joy of remembrance. 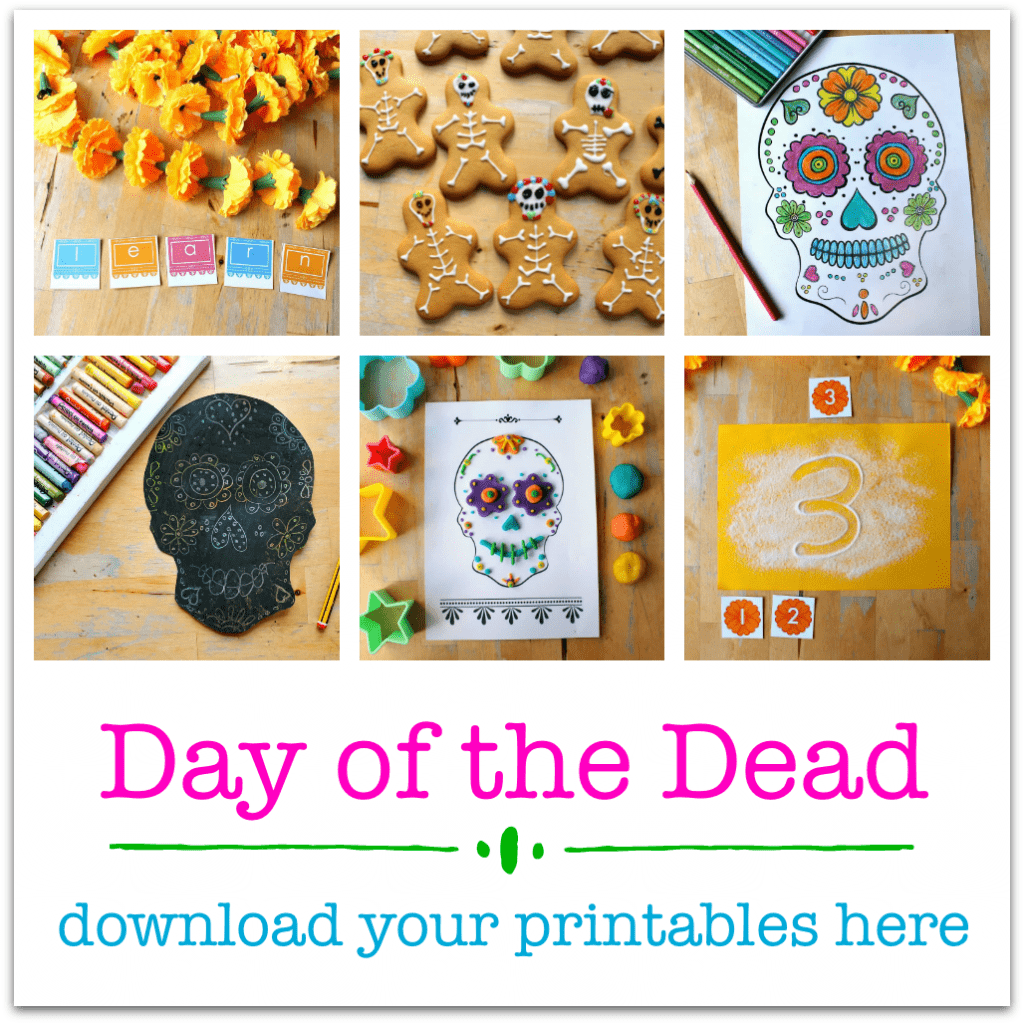 Let's raise our kids as knowledgeable, global citizens with a multi-cultural education. The Day of the Dead toolkit gives you everything you need to learn about this special festival.

With fun activities, lesson plans, and super useful printables you will transform your space into a celebration of the Day of the Dead through math, literacy, art, craft, sensory, food, and film.

:: over 35 pages of lessons, activities, and printables

:: a complete unit of Day of the Dead-themed math, literacy, arts and crafts, sensory, food and film

:: materials lists and bonus printables make it so easy!

:: everything planned for you, so you can enjoy it as much as your children do.

Click here to see more and get your kit.