This Cutouts art project for children, based on the work of Henri Matisse, is a great kids art activity linked to famous art. Matisse’s expert use of bold colour and simple materials make him a perfect great artist for children to learn about, and they can try out his ground-breaking style of ‘painting with scissors’. 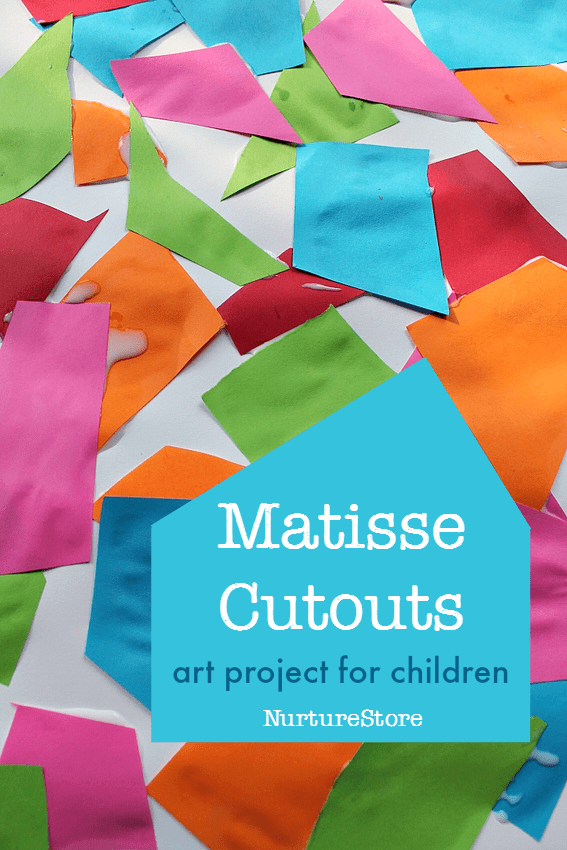 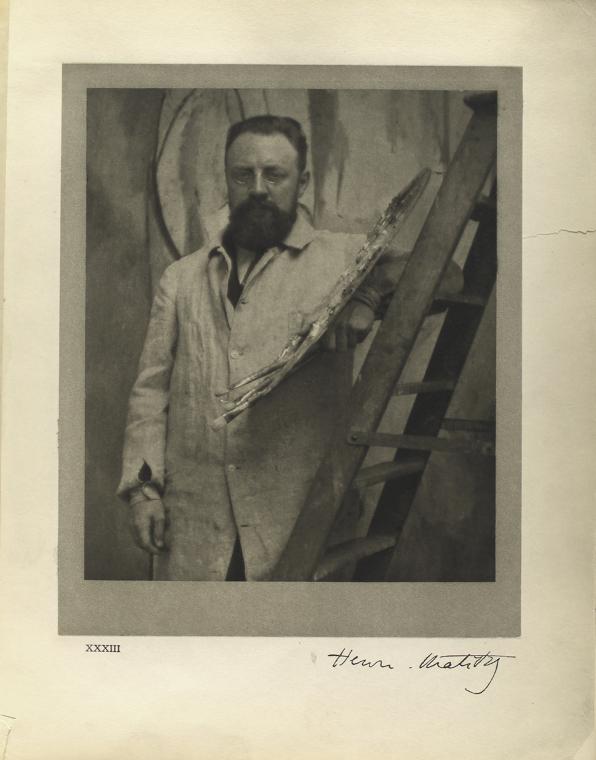 Henri-Emile-Benoit Matisse was a French artist, printer, and sculptor. He is most well known as a painter. He was born on 31st December 1869 and died, aged 84, on 3rd November 1954.

Matisse was a leading figure in the modern art movement. He is famous for the way he used colours in his art. He worked as an artist for over half a century – more than fifty years – still producing new, original, and exciting works in his old age.

Matisse was born in Le Cateau-Cambresis in northern France. He started painting after his mother bought him some art supplies to occupy him when he was ill, recovering from appendicitis. His father was a wealthy grain merchant and expected Matisse to follow a career in the law. Matisse had other ideas though, and he left his law study behind to go to Paris to study art.

Discussion questions: When did you start making art? Who bought you your first art supplies?

What do you think Matisse’s father thought about him giving up on the law and going to study art? Do you think his opinion changed when Matisse became a famous artist?

Matisse, along with his friend Andre Devain, was a leader of a style of art called Fauvism. They were known as fauves which means wild beasts. Matisse began painting with bright and expressive colours, often painting them in unusual combinations, rather than following the natural colouring of people and places.

Discussion questions: What can you see in the paintings? What colours has Matisse used?

Matisse was often compared with another famous artist, Pablo Picasso. Some people said they were rivals, but the men were also good friends. They shared this friendship for many years, and found in each other a special connection – a friend who understood their fascination with art, with creativity, and with artistic expression. Matisse said of Picasso, ‘We’ve got to see each other often, because when one of us goes, there are things the other will no longer be able to say to anyone.’

Discussion questions: Who is your art buddy? Who do you talk to about the art you are making? Do you have someone you can share your creative ideas with?

After being diagnosed with abdominal cancer in 1941, Matisse suffered from complications after surgery and was bedridden for three months. It was during this time that he developed a new art form, which has become known as Cut Outs.

From his bed, Matisse gave instructions to his gallery assistants to pre-paint large sheets of paper with gouache, mixed to his colour specifications. Matisse used huge scissors to cut out shapes from the painted paper. His assistants would then arrange the pieces, following directions from Matisse about where to place each section. Many of these Cut Outs were very large art works, pinned up on the walls of Matisse’s studio as murals. Matisse described it as painting with scissors.

This cut-out method was also used by Matisse to create designs for the chapel windows, priests’ clothing, and tabernacle doors for the Chapelle du Rosaire (Chapel of the Rosary) in Vence, France.

You can see photographs of Matisse working in his studio here.

Watch this video, from Tate Modern, and take a look at the art links below to see some of Matisse’s Cut Outs

To see the colours and shapes that Matisse used in his Cutouts, take a look at:

The Parakeet and the Mermaid

Discussion questions: How do you think Matisse felt about his illness and its impact on his life? What do think it was like to work with assistants to create these final artworks? 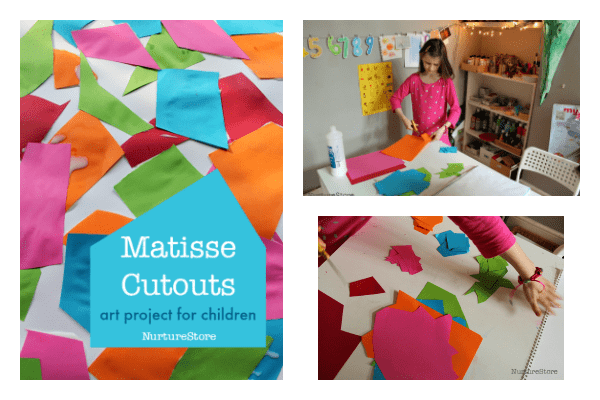 Let’s create our own art inspired by Chagall’s paintings of Paris. 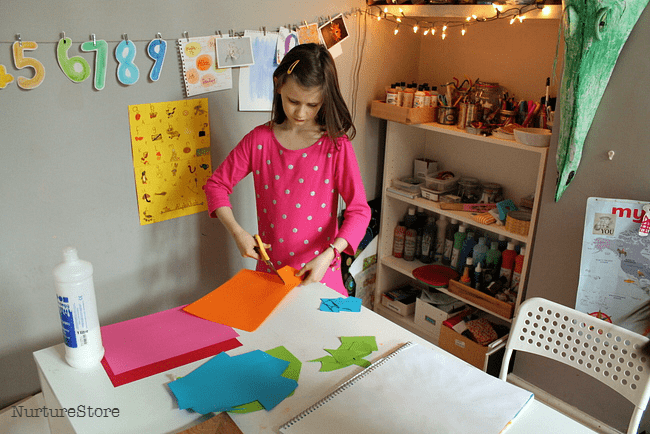 How to paint with scissors

Select some pieces of coloured paper or card, and use scissors to cut out shapes. Perhaps you will cut out organic shapes like Matisse – not perfect rectangles and squares, but flowing shapes inspired by nature. 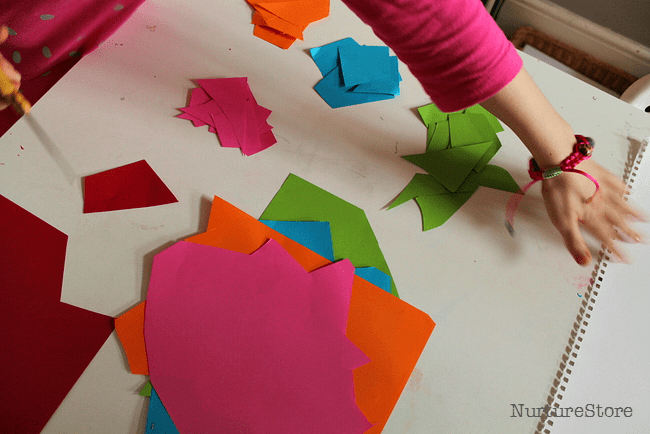 Place your shapes down on a large piece of card, arranging them to create your art work.

Matisse’s assistants used pins to fix his cutouts onto the wall of his studio. He directed them, telling them where to place each piece, and if you look closely at some of his art you can see where the papers were moved and re-pinned many times. Do not be afraid to try something different and to change things around. 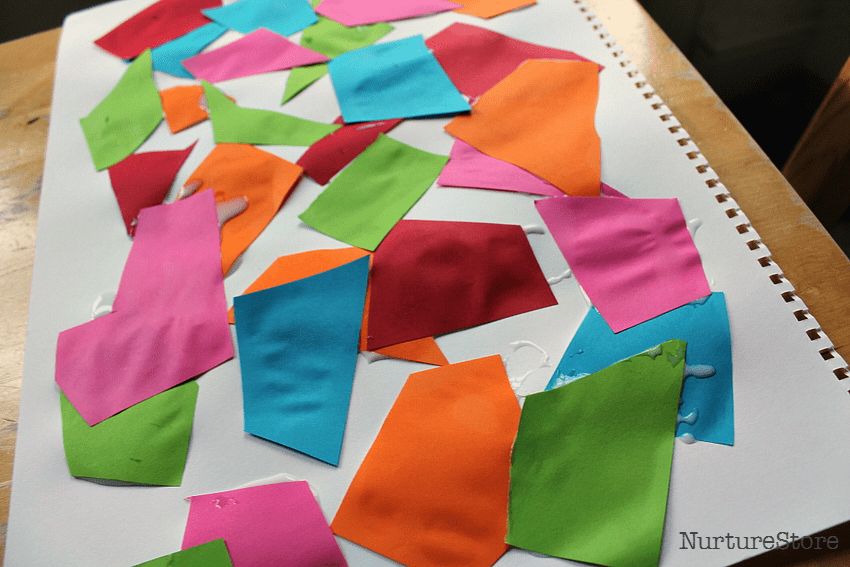 Experiment with where you place each piece: turn your cutouts around, try different colours next to each other. It’s OK to make ‘mistakes’ and to change your mind.

When you are happy with your finished design you can use glue to stick your shapes in place. 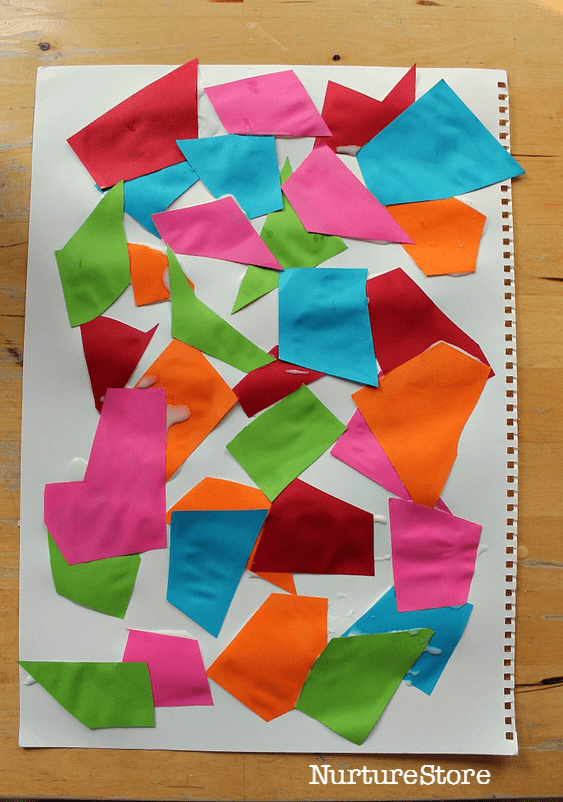 :: Follow Matisse’s way of working and pin your card up onto a wall or pinboard to create a mural on the wall.

:: Stick a magnet strip onto the back of each piece of cut-out card to make fridge magnets. You can arrange and re-arrange them into new artworks each time you visit the kitchen.